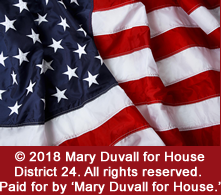 The Main Run of the 2014 Legislative Session is winding down.  We will have”crossover day” on Tuesday, February 25.  That is the deadline for all bills and joint resolutions to pass the house of origin.  Many committees finished up work on their primary bills by late last week, and are now finishing up work on bills that originated in the other chamber.

This past week, there were attempts to “smoke out” three bills.  This is a legislative procedure to force a committee to deliver to the full body a bill that had been killed in committee.  Only one smoke out was successful, dealing with the fee for fishing licenses for residents aged 85 years or older.  The other two attempts failed.  HB 1251 dealt with discrimination based on sexual orientation, and  HB 1253 would have made it a felony to enforce federal or local gun restrictions in South Dakota.

There is some speculation that the House may be asked to smoke out HB 1183, an act to repeal the death penalty.  After a lengthy and emotional hearing in House State Affairs committee, the bill was deferred to the 41st legislative day on a 7-6 vote.  That same morning, the House Judiciary dealt with three bills pertaining to human trafficking.  Two were killed in committee (HB 1250 and HB 1155) because state law already addresses the issues raised in the bills.  The third, HB 1161, establishes a cause of action for wrongful human trafficking.  It was significantly amended in committee and passed out unanimously.

At the request of the prime sponsor, SB 169 dealing with nonmeandered waters, was tabled by the full Senate.  House Tax committee also had two bills dealing with the same issue.  The committee tabled one which would have required Game, Fish & Parks to pay property taxes for flooded private land.  The other bill passed, to create a 660-foot buffer zone prohibiting use of motorized vehicles and combustion engines on the water around homes, churches, and livestock.  The Governor’s Office supported this amended version of the bill; however, landowner groups oppose it because it implies that there might be a right to be on the water in the first place.

Big issues remaining in the final weeks of session include the state budget, medical insurance issues, video lottery expansion, and a statewide ban on texting while driving.  If there is a specific bill or issue of interest, please feel free to contact any of your District 24 legislators.  Complete committee information, as well as our contact information, may be found on the Legislative Research Council website at: http://legis.state.sd.us