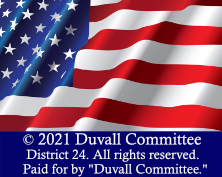 The 93rd Session of the South Dakota Legislature convenes at noon today, Tuesday, January 9.  We will spend the next nine weeks working on legislation, crafting a state budget, attending crackerbarrels, and watching political campaigns unfold.  The first week of Session always features the State of the State message from the Governor, the State of the Judiciary message from the Chief Justice of the Supreme Court David Gilbertson, and the State of the Tribes message from Lower Brule Sioux Tribal Chairman Boyd Gourneau.  The following week, legislators and all legislative staff will be expected to attend a training session on legislative ethics, professionalism, and sexual harassment.

More than 130 bills were pre-filed before Session even began.  These are bills that were developed by interim committees or state agencies, as opposed to bills drafted by individual legislators.  Many of the pre-filed bills are designed to clarify existing statutes, rather than make significant policy changes.

Some of the most potentially controversial interim bills deal with proposals to strengthen the process for state citizens to initiate a law or constitutional amendment.  There are concerns about out-of-state special interest groups using South Dakota as a testing ground for various ideas.  The goal is to improve the integrity of the process for South Dakotans.

One of the key topics at any legislative session is the state budget.  The Appropriations committee began meeting even before Session convened to start working on the FY19 budget which begins July 1.  When Governor Daugaard presented his proposed FY19 budget a month ago, he indicated that we will again be facing another lean year.  He attributed sluggish sales tax receipts to low farm income, low inflation, growth of online retail sales, and increased spending on health care.  The governor’s budget includes no inflationary increases for education and no raises for state employees.  It also takes one-time money from a variety of places to fill a $33.7 million shortfall in the current year’s budget.

Among the legislative issues I have been working on this past summer are bills to clean up and modernize various statutes.  For example, the current law dealing with crop liens lists twelve specific crops on which a lien may be placed.  The list includes potatoes – which are not grown nearly as much in South Dakota as they once were – and neglects other crops that are grown in the state, such as alfalfa, pulse crops or various oilseed crops.  I am bringing in a bill to replace the specific list of crops and instead refer to agricultural crop seeds in the general sense.

I will be sponsoring a bill developed by the counties, municipalities, and Department of Transportation to update laws dealing with local roads. This section of the code contains several provisions that are outdated, obsolete, or have never been used. For example, this section of law still refers to “cartways” and contains sections that deal with interstate toll bridges, which South Dakota has never used.

Throughout the Session, you can find comprehensive legislative information online at: sdlegislature.gov.