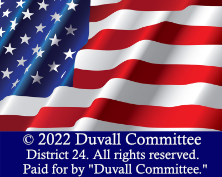 A year ago, the biggest announcement from the first week of the Legislature came during the Governor’s State of the State address when he announced that Amazon agreed to collect and remit sales taxes.

This year, the biggest announcement during the first week of Session came when the United States Supreme Court agreed to grant the state’s petition for a writ of certiorari in South Dakota v. Wayfair, Inc. This means the nation’s highest court will hear the case regarding taxation of online sales.

In 2016, the Legislature passed SB106 which requires remote sellers with no physical location in South Dakota to collect and remit sales tax on online purchases.  The law applies to those with more than $100,000 of annual sales in South Dakota, or that engage in 200 or more separate transactions with South Dakota customers.  After Governor Dennis Daugaard signed the legislation into law, a group of catalog marketers and e-commerce retailers brought suit and challenged the constitutionality of the law in court.  The case will now be heard by the U.S. Supreme Court.

Proponents point out this is an issue of tax uniformity and fairness for Main Street brick-and-mortar businesses in the state.  South Dakota’s budget is largely dependent on sales and use tax; we do not have a personal income tax, corporate income tax, personal property tax, or inheritance tax.  Instead, we rely heavily upon the state’s 4.5% sales tax.  Economists estimate that in 2017, nearly 13 percent of all retail sales were done via the internet.  They project that internet sales will account for 17 percent of all retail sales by 2022.  Online sales growth nationwide contributed to a record 7,000 brick-and-mortar store closings in 2017, which in turn contributed to a loss of 36,000 jobs in the sector.

Last week we heard Governor Daugaard’s final State of the State Address.  He gave a retrospective on some of his accomplishments over the past seven years, including necessary funding for maintenance and repair to extend the life of our roads and bridges.  He also stressed that his final year in office would focus on workforce development.

Other highlights of the week included issues briefings on a variety of topics, including the Extension Service, alcohol regulation, and refugee resettlement.  This week we will have a briefing on the regional comparison of postsecondary tuition and fees, and early childhood education.

The Appropriations Committee began hearing budget requests from state agencies.  In light of sluggish sales tax receipts, agencies are not requesting any significant increases over last year’s request.  Other committees will begin meeting regularly this coming week, starting work on bills brought in by state agencies.

You can find comprehensive legislative information online at: sdlegislature.gov.

Please feel free to contact me throughout the legislative session at any time via email at Mary.Duvall@sdlegislature.gov.  I welcome your questions and comments on these and other issues facing the state.